In addition to being one of the founding members of ISVA, Benoit Lombaert’s distinguished background includes service as a past teacher and board member at CESOA, past-President of Société d’Optométristes Européens, past-Vice President of Association Professionnelle des Opticiens et Optométristes de Belgique, and in 2015 he founded the Belgian Federation of Optometrists and became its first president. He is also a Fellow of the College of Syntonic Optometry. 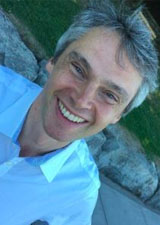