Steven A. Hitzeman, O.D. received his AB in Biology in 1972 and his O.D. in 1976 from Indiana University. He is Clinical Associate Professor Emeritus and served on the faculty of the Indiana University School of Optometry (IUSO) for over 38 years. He still serves as Director of the Sports Vision Programs at the School of Optometry. He had served as Director of Clinics, Director of Residencies and Director of External Rotations for 15 years till resigning those responsibilities in 2009. He is Past-Chair of the American Optometric Associations Sports Vision Section as well as Chair of Screening Services for the AOA Sports Vision Section. He was chair of the AAU Junior Olympics Screening Program that he started over 20 years ago and was on the vision screening teams for the 1991, 1995, and 1999 International Special Olympic games and the 1996 Olympic Games in Atlanta. He is Past President of the Indiana Optometric Association being elected to that position in 2007.

In addition to his other duties at the IUSO, he conducts screenings of athletes for all sports in the Indiana University Athletic Department. The Indiana Optometric Association recognized him as “Optometrist of the Year” in Indiana for the year 2000. He was awarded this honor for outstanding service to the IOA, the AOA, and the Profession in the areas of teaching, community service, and volunteerism. He has taught numerous continuing education courses for the American Optometric Association, the American Academy of Optometry, the National Athletic Trainers Association, the American Academy of Sports Medicine, the Indiana Optometric Association, and other state association meetings–and was the keynote lecturer at the International Conference of Athletic Training and Health at the National College of Physical Education and Sports, Taipei, Taiwan. He was awarded the American Optometric Associations Sports Vision Section, “Sports Vision Optometrist of the Year at the 2005 AOA Congress. He is currently a consultant to TaylorMade Golf and worked with them on the “Ghost” putter and the R 11 Driver. The last two years he has consulted with the New York Mets and has conducted visual evaluations on their players at spring training in Port St. Lucie, FL. 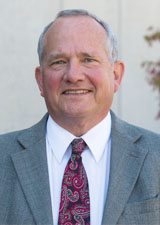