Visual Skills to Help You Improve When Playing Hockey

Hockey is a game that requires intense concentration and awareness of what is happening around you. A lapse in either of these areas can mean mental or physical error or much worse - injury!

Hockey is a sport of almost constant motion, for the players and the puck, so well developed dynamic acuity (ability to maintain visual clarity when players and/or puck are in motion)  is just as significant as good static acuity (smallest detail that can be distinguished in a stationary target/setting, like the  boards or the goal).

Following are some of the most important visual skills for hockey that your Sports Vision & Performance Professional can help you with.

Accommodative skills allow an athlete to keep objects in focus as well as quickly change focus during the game. The ability of the eyes to work in unison while tracking the puck, the puck carrier, and other skaters, and to change focus instantaneously- as the distance of that object changes in relationship to your own position - is an important visual skill.

This can be particularly important for the defensive player facing a two-on-one rush or for the goalie when facing a long shot.  A goalie with accommodation problems will have difficulty stopping that shot as the eyes must adjust so rapidly over such a great distance in order to keep the puck in clear focus all the way.

Most miscues occur not because of the action taken, but rather when the action was taken. The player caught out of position usually reacted too soon or too late due to faulty visual information regarding when to perform. A goalie who is down on the ice when the puck goes in the top corner of the net has committed himself too soon. Offensively, anticipation timing helps decide where a teammate is going to be; where to pass the puck; when to make a move around his opponent; or when to break for holes in the defense.

Maintaining a high level of concentration and focus in a fast paced, action-filled game like hockey is essential in order to deliver a great performance.  A slight lapse in concentration can lead to turnovers, missing passes, or being beaten to the puck by another player. It is important to maintain this concentration (focus) even when fatigued. A goalie must be able to keep his focus on the puck through a maze of players and must also be able to maintain high levels of concentration, to keep himself in the game, when the majority of action is at the other end of the ice.

Depth perception is a critical visual skill for a goalie. Excellent depth perception allows him to judge the distance, speed and direction of the puck as it approaches the net.

Other players need to know where their teammates are in relation to the opposing players in order to make effective passes. In a one-on-one situation, good depth perception helps you judge when to make your move in relation to the defensive player between you and the net. You can also more accurately judge the movement of the puck as it related to the stationary lines and/or moving players to prevent off-sides. 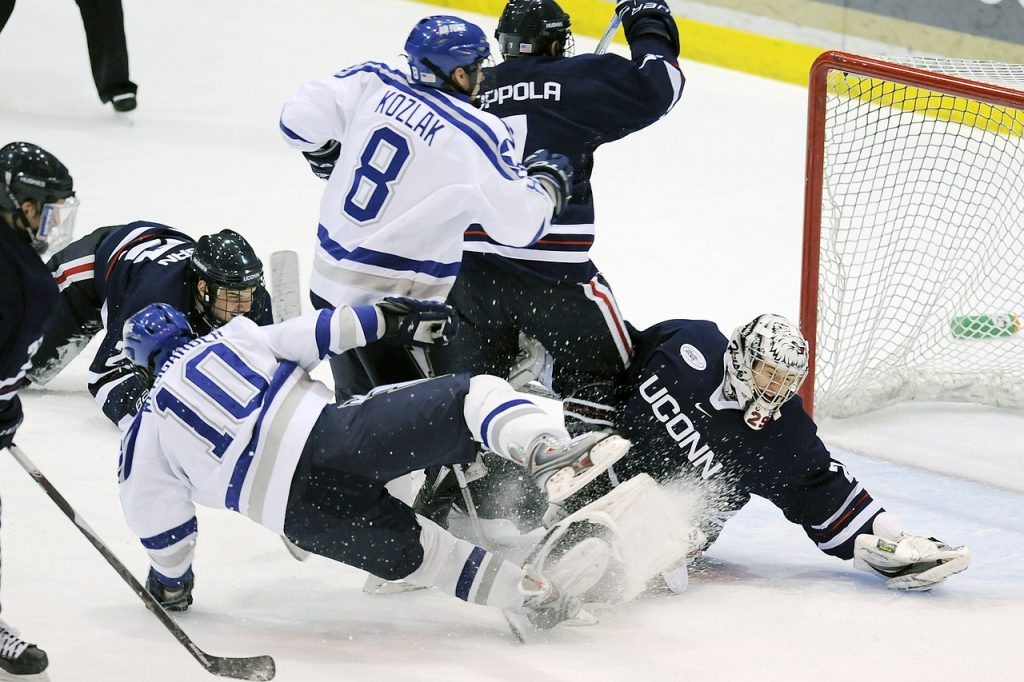 Other Dynamic Visual Skills to be aware of:

Hockey is a very fatiguing sport which requires excellent conditioning. Physical fatigue can greatly affect concentration, visual reaction time, and eye-hand coordination. Eye fatigue can also affect performance levels in much the same way. When the muscles in our eyes feel tired or strained, we feel the fatigue all over. Just like a weight lifting routine is used to increase physical endurance, visual exercises can be used to strengthen the eye muscles and thereby reduce fatigue.

The process of taking a pass and accurately shooting to the open part of the net is one of the prime examples of this skill. Eye-hand coordination plays an important part in deflecting shots and knocking down high passes in order to control the puck, or in helping a goalie to make a glove save.

Utilizing the full extent of your visual field and being aware of your surroundings, movement of other players or objects around you, and changes on the ice is an essential skill for a hockey player.

The ability to focus on the appropriate key (i.e. puck carrier) and still maintain an awareness of overall play/action including the position of all other players on the ice is critical in tracking both opponents and team players outside the major focal point in order to avoid a miscue or possible injury. Maintaining an awareness of all the options for play development will help to keep a player from being caught out of position. It also allows you  to use a "heads up" skating style and still be confident in your puck handling.

The speed of the game demands that players take in and absorb many different actions at one time. A player must keep his focus on his assigned task but must also absorb and interpret other actions developing on other parts of the ice. The faster the speed and the greater the span, the less likely a player will be caught out of position.

The faster a player processes visual information, the faster he is able to initiate a physical response. By improving visual reaction time, players more consistently follow the flow of play and respond more effectively as the play develops. Excellent visual reaction time can help a player create a turnover; control a rebound; help a goalie make the save; a center to win the draw; or be the difference between avoiding or taking a body check at the wrong time.

"I skate to where the puck is going to be, not to where it has been." 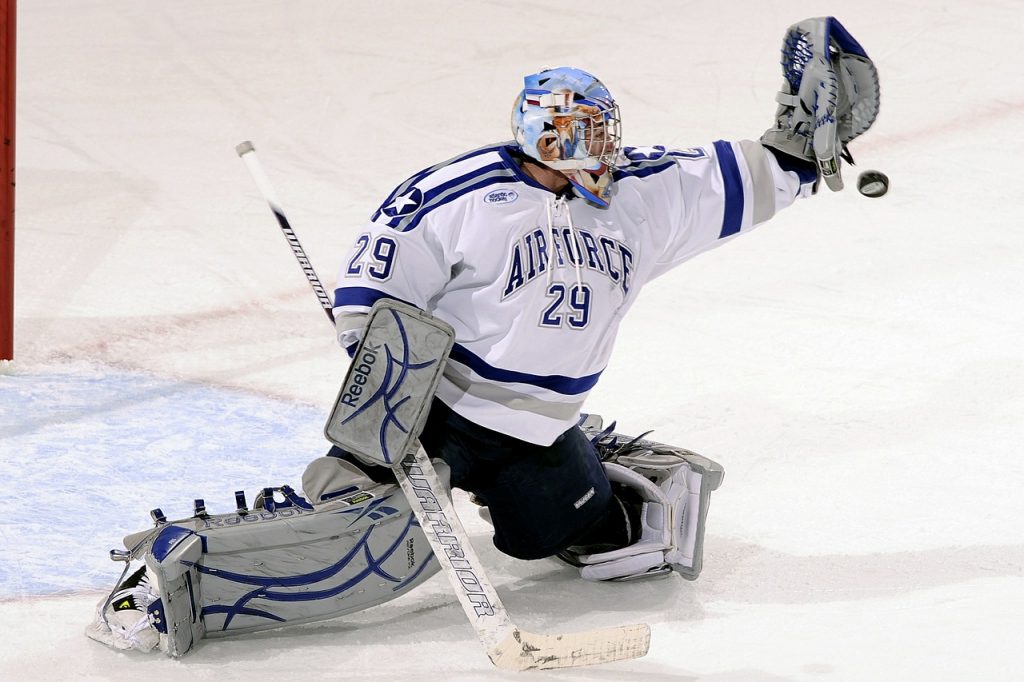 Work on these 3 Visual Skills to Step Up Your Game

Most reaction mistakes, athletic or otherwise, can be attributed to poor dynamic visual skills, errors caused by: