Visual Skills to Help You Improve Your Tennis Game

In sports like tennis, having superior visual skills can gives players a real advantage. In studies, tennis pros have been shown to perform consistently faster and more accurately than novices at skills like the anticipation of the ball's direction.

Well-developed dynamic acuity (ability to maintain visual clarity when players and/or ball are in motion)  is just as significant as good static acuity (smallest detail that can be distinguished in a stationary target/setting, like the net) in a fast-moving, visual game of tennis. The ball is in motion, the player(s) are in motion, and the opponent is in motion and information needs to be gathered, processed, and solved with very short reaction times.

A Sports Vision & Performance Professional can help you to better understand and meet the visual demands most often experienced while playing tennis.

Following are some of the most important dynamic skills associated with tennis.

Well-developed accommodative skills are important in tennis because both the ball and the opponent are in constant, rapid movement and the player must be able to shift focus from the near to far or to intermediate targets instantaneously throughout the contest.

Eye tracking ability is also important. Quick, accurate saccades (or eye movements) are needed to rapidly survey the changing locations and movements of the opponent and the ball in relationship to the net, boundary lines, etc. Studies have shown that if the head has to move to aid in eye tracking, the performance is not only less efficient, but balance is thrown off too. The ultimate goal, regarding this visual skill for tennis, is to track the ball until contact can be made, not flinching on impact.

The visual system provides an individual with the information needed in order to appropriately act as well as the information needed to decide exactly when to act. For example, when receiving a serve, you have mere 1OOth’s of a second to read and react. You have to properly recognize the type of serve your opponent has chosen, as well as choose and prepare for your response. You can't swing too soon or too late or you will miss the opportunity to make your shot. Timing must be perfect! The ability to anticipate is a major factor in high level competitive activities and even superior speed, size and reflexes cannot compensate for the insufficient processing of the visual information regarding when to perform.

Maintaining a high level of concentration/focus in a fast-moving sport like tennis is essential, especially when receiving a serve or playing at the net. Even a slight lapse in concentration may mean losing a point in a game in which every point is important.

Depth perception is necessary for accurate shot placement, evaluating the defensive positions of the opponent and judgement of whether a ball hit to you will land in or out of bounds, thus, helping you decide whether or not to play the ball. It also assists in judgement of the speed of the opponent's shot. 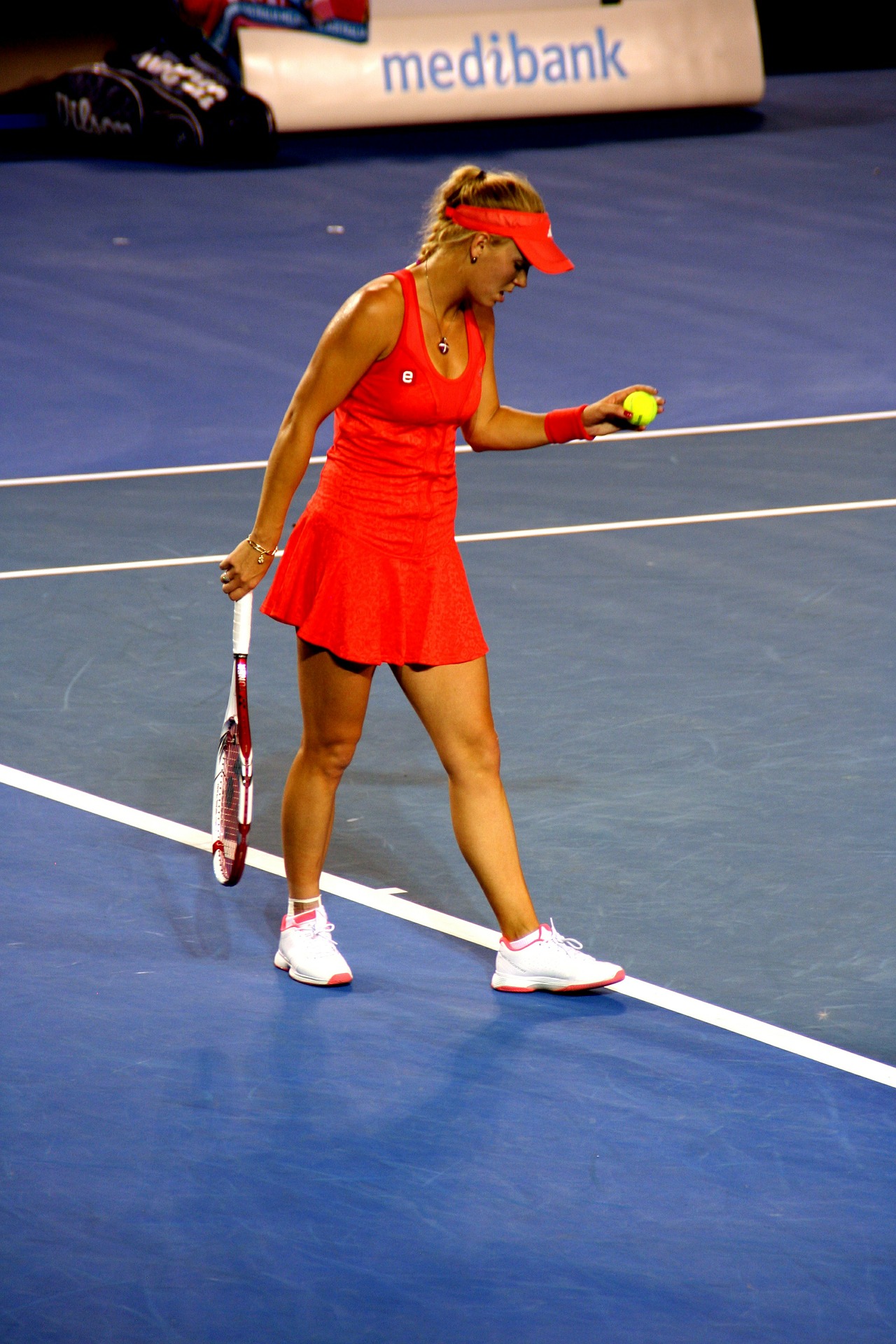 Tennis is a very fatiguing sport which requires excellent conditioning. Physical fatigue can greatly affect concentration, visual reaction time and eye-hand coordination. Eye fatigue can also affect performance levels in much the same way. When the muscles in our eyes feel tired or strained, we feel the fatigue all over. Just like a weight lifting routine is used to increase physical endurance, visual exercises can be used to strengthen the eye muscles and thereby, reduce eye fatigue.

This skill is vital in any racquet sport since the process of hitting a moving object with a racquet primarily requires eye-hand coordination. Our hands, feet and body respond to the information the eyes have sent to the brain. If this information is incorrect, even to the slightest degree, there is a good chance that we will err in our physical response. Almost every sport error, or poorly executed play, can be attributed to faulty visual judgement, and it is visual judgement alone that determines eye-hand coordination.

This is an essential skill for a tennis player whether on defense or on the attack. The attacking player has to be distinctly aware of the speed and position of the oncoming ball in order to secure correct contact as well as remaining peripherally aware of the opponent's position and the location of the court boundaries.

The defensive player must concentrate centrally on the attacking player's court position and the likely direction the ball will come off his/her opponent's racket. Meanwhile, he/she must be peripherally aware of the net and boundary lines of the court, etc. These factors all hold true for doubles too. However, in doubles, the players have the additional complication of being peripherally aware of where their partner's body and racket are.

Rodger Federer’s fastest recorded serve speed is 143 mph and has an average speed between 128.5 to 130 mph according to the Sydney Morning Herald. 1 This doesn't allow much time to react!  While the average player may not hit as fast as a pro, the same holds true for his/her opponent.

Even the speed of a normal rally shot requires a player to detect the speed and spin on the ball as quickly as possible in order to make the proper return. This means he/she must pick up the ball visually as it comes off the opponent's racket. Opportunities to make that proper return shot only present themselves for fractions of seconds, and in order to be effective (i.e. quick, accurate and efficient), the reflex action of response must be automatic, not thought out. 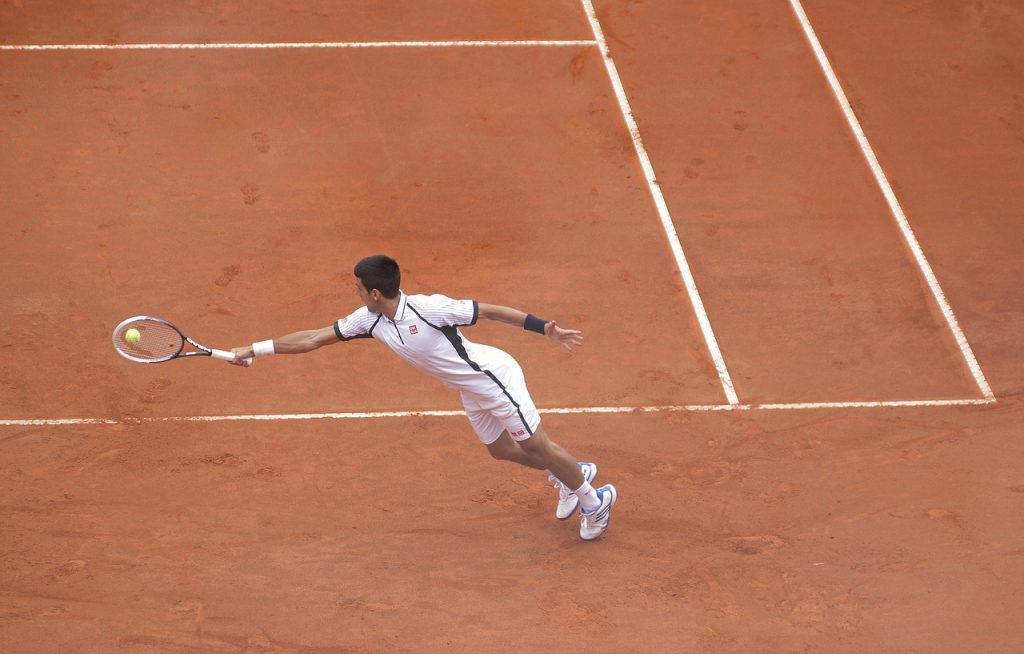 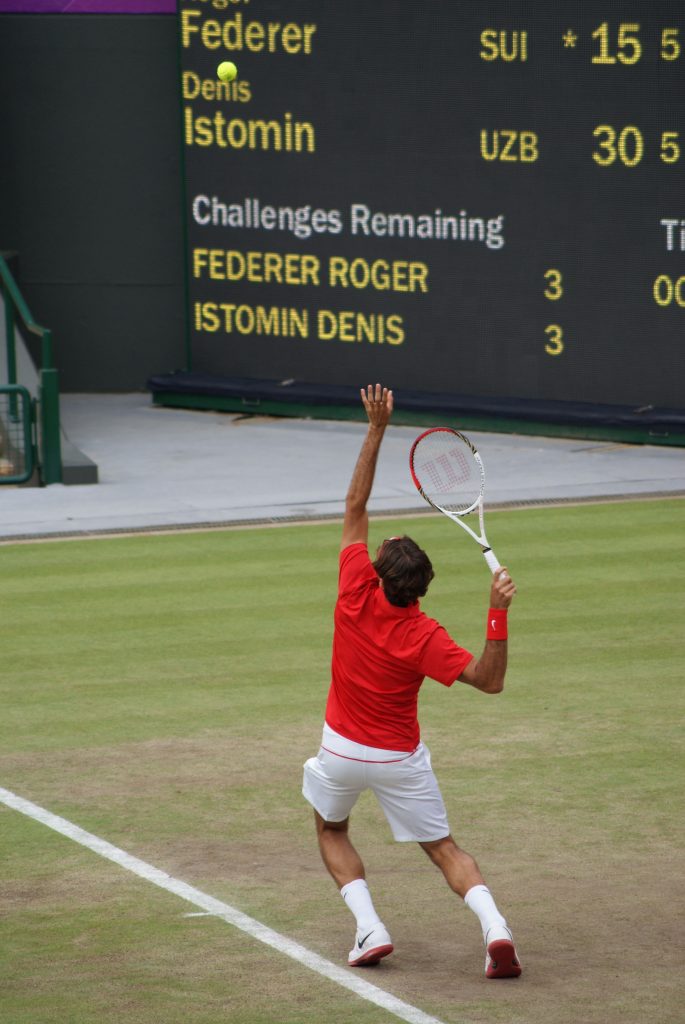 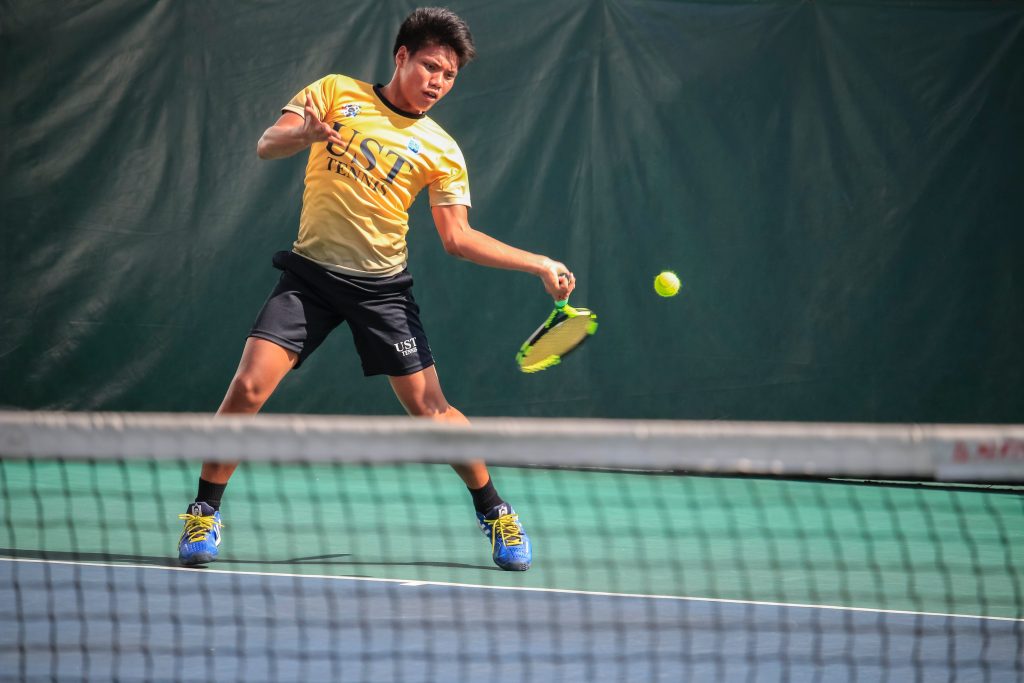