Greg Appelbaum is an Associate Professor in the Duke University School of Medicine where he directs the Human Performance Optimization Lab (Opti Lab) and the Brain Stimulation Research Center. Dr. Appelbaum is also co-director of the new Duke University Sports Vision Center where he oversees the research program. His research addresses the brain mechanisms underlying visual-motor control, and how these systems can be improved thorough behavioral, neurofeedback, and neuromodulatory interventions. This research utilizes a diverse range of neuroscience techniques including electroencephalography (EEG), transcranial magnetic stimulation (TMS), functional magnetic resonance imaging (fMRI), and functional near infrared spectroscopy (fNIRS). Since 2011, Dr. Appelbaum has been conducting research addressing the role of vision, and vision training in sports. This line of research has included randomized and controlled studies testing vision training interventions, and has been conducted with thousands of athletes at all levels of accomplishment 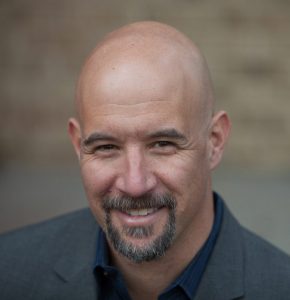 DeAnn Fitzgerald, O.D. is Vice President of the Neuro-Optometric Rehabilitation Association (NORA), an inter-disciplinary group of professionals dedicated to providing patients who have physical or cognitive disabilities as a result of an acquired brain injury with a complete ocular health evaluation and optimum visual rehabilitation education and services to improve their quality of life.

Dr. Fitzgerald has a special interest in sports vision performance and concussion. She attended Luther College in Decorah, Iowa where she played softball and basketball. At Pacific University, she went to the NCAA softball nationals two years in a row. She taught pitching and batting clinics and was umpire in chief of softball tournaments for high school students. Dr. Fitzgerald also played semi-professional softball in the 1980’s.

She has helped facilitate over 17,000 baseline testings for concussion in Cedar Rapids and the surrounding communities. Active Evolution Studio utilizes their Sports Vision Performance protocol to train the area amateur and professional teams in hockey, basketball, arena football, and soccer. Working with Metro Youth Football, which has 1,400 young people playing football annually, Dr. Fitzgerald has helped implement a baseline screening protocol with nearly 100% athlete participation. Her pre-season baseline and post-concussion care protocol has attracted attention from the National Football League. 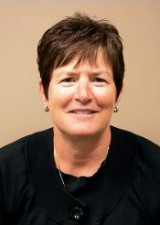 Carl Hillier, OD, FCOVD is in private practice at the San Diego Center for Vision Care in Lemon Grove, CA.

Dr. Hillier graduated from the University of California San Diego in 1977 with a Bachelor of Arts degree in Psychology. He received a Bachelor of Science degree at Pacific University in 1980 and then graduated as a Doctor of Optometry in 1982.

Prior to graduation, he helped establish mobile clinics in rural Honduras, and upon his graduation, he was given direct appointment as a lieutenant in the United States Navy Medical Service Corps. He was stationed at Balboa Naval Hospital, San Diego, where he directed the Vision Therapy Clinic.

Dr. Hillier is a certified Fellow in the College of Optometrists in Vision Development. He lectures nationally and internationally on topics relating to vision and learning, sports vision and visual treatment of those who have suffered a brain injury. In 1992, he founded the Vision Rehabilitation Clinic at the San Diego Rehabilitation Institute at Alvarado Hospital. His innovative clinical techniques are being used today throughout the world. 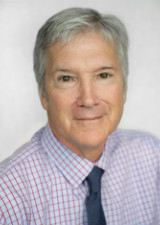 Daniel M. Laby, MD began his work in sports vision more than two decades ago with the Los Angeles Dodgers of Major League Baseball, a relationship which continued for 18 seasons. He has also been responsible for the visual performance of the New York Mets, New York Yankees and St Louis Cardinals, and currently works with the Boston Red Sox, Cleveland Indians, Houston Astros, Tampa Bay Rays, Minnesota Twins, Toronto Blue Jays, Arizona Diamondbacks and the Chicago Cubs. In addition, he currently works with two NBA teams and is an advisor to an NFL team.

Dr. Laby spent three seasons working with the National Basketball Association’s Boston Celtics as well as the National Hockey League’s Los Angeles Kings. He also worked with the US Olympic team prior to the Beijing Olympic Games in 2008 and attended the games with the team. As a result of his quarter century of work in sports vision, Dr. Laby has gathered a database of several thousand professional and Olympic level athletes, which he uses to guide interventions and treatments.

In addition, Dr. Laby has organized three international sports vision meetings and has organized and moderates the Sports Vision ListServ. He is a frequent contributor as well as reviewer of sports vision scientific publications and has served as the Director of Sports and Performance Vision at the State University of New York College of Optometry. His work has been featured on many local and network television broadcasts and published in Sports Illustrated, The New York Times, The Wall Street Journal, and The Boston Globe. His work has been recognized by the American College of Sports Medicine as well as the American Optometric Association, Sports Vision Section. Finally, Dr. Laby is honored to have been part of five MLB World Series Championship teams as well as an American League Championship team. 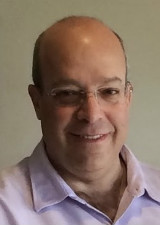 Amanda Nanasy, O.D. co-owns a six-doctor practice in Pembroke Pines, FL. Specializing in Sports and Performance Vision, she is the team optometrist for the Miami Dolphins, Director of Performance Vision for UCF athletics, and was the Team Optometrist of Nova Southeastern University (NSU) athletics for five years.

Dr. Nanasy recently served as adjunct faculty for NSU College of Optometry where she co-developed and taught the Sports and Performance vision elective. She is the current chair of the AOA Sports and Performance Vision Committee. She is especially interested in continuing research on using vision training to help avoid concussion and high impact injury.

Dr. Nanasy graduated from the University of Central Florida with a B.S. in Microbiology and minor in Psychology in 2005. She received her B.S. in Vision Science from Nova Southeastern University in 2008 and then graduated as a Doctor of Optometry with Professional Honors from NSU in 2010. 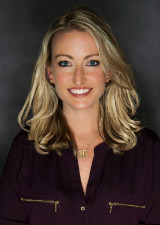 Fanny Rivera Pinzón, OD, MBA is the CEO of FITVISION Sports Optometry in Bogotá, Colombia. She received her Optometry degree at the Universidad de la Salle and earned her MBA with emphasis in marketing from the Prime Business School of Sergio Arboleda University. Dr. Rivera Pinzón is a Teacher and coordinator of the business area in the optometry program of the Universidad el Bosque. 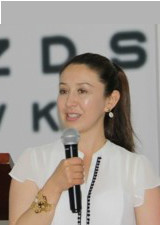 Nicholas Port, Ph.D.’s . research training began at New York University as an undergraduate in the laboratory of Dr. Tony Movshon, where he completed an honors thesis in 1991 on visual motion processing.

In 1992, Dr. Port was awarded a McDonald-Pew Pre-doctoral Fellowship from Oxford University. At Oxford, he studied the neurophysiology of blindsight with Drs. Colin Blakemore and Alan Cowey, and the neuroscience of albinism with Drs. Andrew Parker and Ian Thompson. He received his doctoral training at the University of Minnesota, working primarily under Dr. Apostolos Georgopoulos, with whom he focused on the visual control of arm movements. After receiving his PhD in 1997, he undertook post-doctoral training with Dr. Bob Wurtz at the National Institutes of Health, studying neurophysiology and the ocular-motor system.

Since 2005, Dr. Port has been a professor at Indiana University in the IU School of Optometry, including joint appointments with the Program in Neuroscience, the Cognitive Science Program, and the Department of Psychological and Brain Sciences. 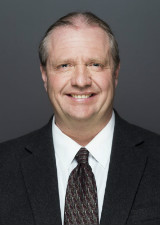 Donald Teig, O.D., FAAO is a pioneer in the field of Visual-Neurocognitive Training. He began his sports testing & training career with 15 teams in Major League Baseball in 1980 and has evaluated and trained athletes from virtually every sport.

Dr. Teig is the founder and medical director of “The A Team” – High Performance Vision Associates, a 65-member group of elite sports medicine professionals, and Executive Director of “The I Gym”, a cutting edge Visual Performance training center in Sunrise, Florida, that serves as the exclusive vision care providers for the NHL Florida Panthers Hockey Team.

Dr. Teig has authored numerous articles on the relationship of vision to improved athletic performance. He has lectured throughout the world and has originated much of the equipment and techniques being used in the field today. He is the author of “High Performance Vision: How to Improve Your Visual Acuity, Hone Your Motor Skills & Up Your Game” and the recently-published “High Performance Vision – An Athlete’s Guide To Keeping Your Eyes On The Ball!,” written for athletes of all ages and skill levels, 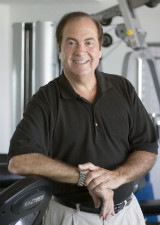